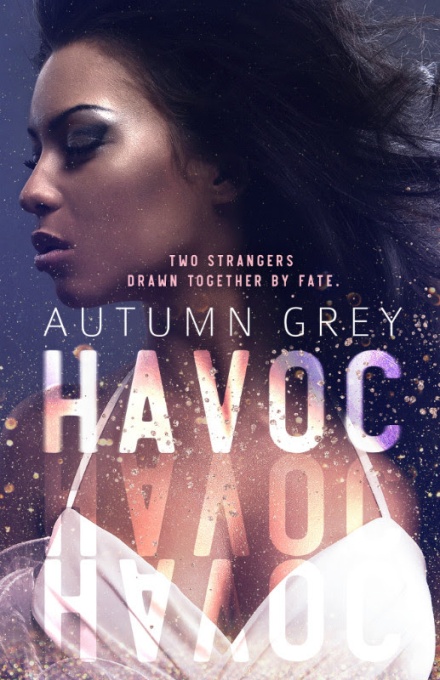 A three-month modelling contract in Paris.

Two strangers drawn together by fate.

A stalker hell-bent on keeping them apart.

Selene Michaels is determined to never let anyone make her feel inferior again. After a painful divorce, she finds herself in Paris on a working holiday, hopeful that this will be the opportunity she has been waiting for. She intends to have fun and maybe find someone to flirt with; someone who will show her a good time, treat her right. What she does not expect to find is Remington St. Germain and his adorable son, Adrien. Remington is intense, devastatingly hot and a Prince Charming on the outside, but a dirty talking, insatiable devil behind closed doors and not the type to give up on something that he wants. Adrien makes her loss almost bearable. Selene soon realizes that life with Remington is not only interesting but adventurous and dangerous. Someone is eager to keep Remington and her apart and will go to great lengths to make sure that happens.

Remington is at a crossroads. He can either let Selene go, forget about her. Or pursue her with determination, just like he does everything else. Otherwise, he will be right back where he was before she came into his life. The clock is ticking, and danger looms closer. He will do anything to save the woman who is fast becoming a part of his soul.

Sometimes life gives you a second chance. But what happens when danger threatens that chance?

I’m really glad I have this entire series to read one right after the other.  I don’t think I could handle having to wait to see what is coming after the way Havoc ended.  I’ve read worse cliffhangers, but this one was still a doozy!

Havoc is a novella, so it was a pretty quick read.  I’m usually not a huge fan of novella series but, judging by the way this first book of the series was written, it was an appropriate way to tell this particular story.  This book set up the world well, it gave just enough information about the characters to make me care for them while leaving so much left unsaid I’m dying to jump into the next book, Obliterate.

I loved the characters in this book, especially Selene.  She was so broken in the prologue, it was good to see how much she had healed and grown once we got to know her in the present chapters.  I only wish we would have been able to see some of that healing, it would have really rounded out the book, for me.  That being said, the confidence she projected, even when she was feeling unsure on the inside, was wonderful.  It was great to read about a regular sized girl loving herself and helping other girls learn to love themselves, too.

Remington was so interesting.  For all we’ve learned about him in Havoc he is still such an enigma.  I can’t wait to learn more about him and his past, I have no doubt it’ll be fascinating.  On the surface, he seems magnanimous and caring, but I have a feeling that is only one extraordinary layer of this intriguing man.  Regardless of whatever else he proves to be, there is no doubt the man is a wonderful father, above all else, that gives him all the bonus points in my book.

While there was a lot of world setting and character building in this book, it never felt stale or boring.  Autumn Grey was able to weave in these building blocks with a plot that was interesting and compelling.  It wasn’t particularly fast moving, but it held my interest easily.  I can’t wait to see what is coming up next for Selene and Remington!

Can we just all agree that when a novella series revolves around one couple and there is uncertainty about their relationship at the end of the first book the presence of a second book, in and of itself, is a spoiler as to what will happen in said second book?  Yes?  Great.  That makes this so much easier.

As far as cliffhangers go, I loved the one in Havoc.  They didn’t separate for horrible reasons, they didn’t hate each other, there was nothing to make up to one another.  They had only split because they thought it was the only way for everyone to stay safe.  And isn’t that kind of selflessness a true demonstration of how much two people care for one another?  I was just ecstatic Selene and Remington didn’t have a huge amount of hurt to overcome.  They just each had to decide that what they were building was worth the risk and after Havoc I was certain they were building something life altering, for everyone involved.

Obliterate spent a decent amount of time having Selene and Remington bare the most broken parts of themselves to one another.  It was a wonderful demonstration of just how much they truly cared and trusted one another.  Between these deeply intimate and emotional moments, this book was rife with action in the form of a secretive woman threatening their lives.  The heart pounding moments were a great counterpoint those more deeply emotional scenes and drove the book, and Selene and Remington’s relationship, forward in a really amazing way.

I’m neck deep in this series and can not wait to see what the final book, Mend, has to reveal.  I have my theories as to what is going on and who is involved but I’m going to hold on to those, for now, to see how close I am.

I think, after reading the first two books in this series, the bar was set a little too high for me.  This just didn’t quite stand up to the rest of the series, for me.  It was still a good book, I never had a hard time getting through it, it just lacked some of the magic of the first two.

I still loved Selene and Remington, they were great together, there just wasn’t enough of them being a couple.  I also missed the wonderful dynamic Adrien added to their chemistry, he was largely a background character in this installment of the series and that made me sad, he was so wonderful in the first two books.

The real issue in this book was there was just too much going on.  New characters, tons of storylines that needed to be wrapped up and even more giant developments completely contained within this novella.  Had this been a full-length novel it may have worked, as each storyline could have been fully fleshed out and dealt with in with the delicacy they deserved.  Since it wasn’t, everything felt rushed. It could have been truly amazing, had it been twice as long.

While I was trying to not be over-critical, as I’m sure this was an effect of the amount of action in this book, it seemed there were some issues with the timeline. One such incident was when the first day they’d been at the hospital with Selene; a few things happen, which had added up to several hours, then Remington says they’d been there for 48 hours, then in the next scene he speaks about how long yesterday (the day Selene was injured) was.  There were a handful of these type of things that momentarily took me out of the scenes.

Overall, I enjoyed this series.  It was engrossing and entertaining.  The world was rich and well-built, I could really feel myself experiencing things along with the characters.  Foremost, was the character development.  I loved each and every one of them and I never felt like they took giant leaps outside of the realms of who they were.  My only wish would be that the final book was either much longer or broken into at least two books, to really flesh out and finish all the storylines more fully.

Autumn Grey writes sexy, angsty contemporary romance that always ends with a happy ever after.  She loves reading stories with flawed and quirky characters, broody alphas and sassy heroines.