A stand-alone novella in A.L. Jackson’s brand-new Fight for Me series…

Ahh, you guys! I’m thrilled to bring HUNT ME DOWN to you!! It was a blast writing this novella. It was originally a part of the GLAMOUR Anthology, and now is officially a part of the FIGHT FOR ME series of stand-alones. So go ahead, sink your teeth into something sexy and sweet.

Never underestimate a man who knows what he wants . . .

Broderick Wolfe is a man accustomed to getting what he wants. He will hunt it, fight for it, and make it his own.

Lillith Redd is a straight-laced attorney who’s dedicated her life to serving the people of her hometown of Gingham Lakes.

When Wolfe Industries sets its sights on leveling the old part of town and building a high-rise hotel in its place, Lillith steps up to go toe-to-toe to with its owner.

Little do either of them know, they’ve just met their match.

Hunt Me Down is a modern-day reboot of Little Red Riding Hood set in the world of A.L. Jackson’s bestselling FIGHT FOR ME series, originally a part of the Glamour Anthology and previously titled Red Hot Pursuit. This novella is a fun, flirty, uber sexy contemporary romance. The only fantasy happening here is in the bedroom. So hold on—you’re getting ready to sink your teeth into something hot and sweet.

Disclaimer: This book was originally titled Red Hot Pursuit in the Glamour anthology. It has not been changed or added to in any way. This novella does not need to be read before Show Me the Way and does not give away any spoilers for other Fight for Me novels. 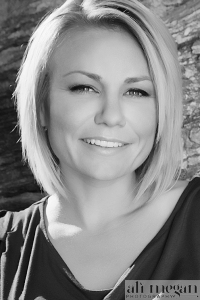 A.L. Jackson is the New York Times & USA Today Bestselling author of contemporary romance. She writes emotional, sexy, heart-filled stories about boys who usually like to be a little bit bad.

Her bestselling series include THE REGRET SERIES, CLOSER TO YOU, and BLEEDING STARS novels. Watch for A.L. Jackson’s upcoming novel, SHOW ME THE WAY, the first stand-alone novel in her brand-new FIGHT FOR ME SERIES.

If she’s not writing, you can find her hanging out by the pool with her family, sipping cocktails with her friends, or of course with her nose buried in a book.

Be sure not to miss new releases and sales from A.L. Jackson – Sign up to receive her newsletter http://smarturl.it/NewsFromALJackson or text “aljackson” to 24587 to receive short but sweet updates on all the important news. 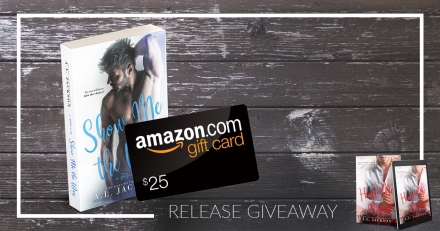