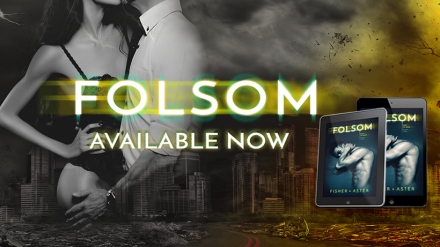 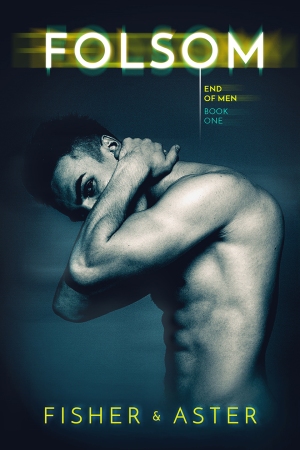 The nation as we know it is a thing of the past.

With the male species on the verge of extinction, a society called the End Men is formed to save the world. Folsom Donahue is one of twelve men whose sole purpose is to repopulate the Regions. The endless days spent having sex with strangers leaves Folsom with an emptiness no amount of women, money, or status can fill.

Gwen has wanted a child for as long as she can remember, but when she finally gets a chance to have her own, she uncovers a long hidden truth. The injustice she sees moves her to help save the men whom no one else believes need saving.

A forbidden love, grown in a time of despair, ignites a revolution.

Folsom and Gwen, torn between their love for each other and their sense of duty, must make a choice. But some will stop at nothing to destroy them.

Folsom is book one of the End of Men series.

Folsom was MADDENING, in the best way possible.  As I was reading I was left with anger burning so deeply in my belly; I’m not sure anything could slake it.  A book that can bring out that intensity of emotion, that can stoke a fire so deeply in my soul is a must-read in my book.  I don’t read many dystopian novels, but the themes of Folsom – so similar to that of the Hunger Games – struck a chord with me and forced me to take notice of things we all take for granted.

This is a plot unlike any other I’ve read.  While the idea of a world predominantly devoid of men isn’t a new one – I’ve had conversations about how amazing it would be and how we’d need very few men – the humanity of what that world might look like never occurred to me.  Folsom lent a blinding light on how absurd a position women could put a man in if forced to do nothing but father children with willing women.  It was a gut-punch to see how quickly we could make them nothing but another commodity to be traded.

Gwen was everything.  I wasn’t sure of her in the first chapter; there seemed to be something too soft, too timid about her, she quickly dispelled those fears.  Her unique intelligence and ability to look beyond the propaganda she’d been served her entire life gave her a thorny kind of strength, she refused to let anyone close enough to her to sway her from her convictions; any time someone tried to repress her ideologies she struck back with no apologies.  Her desire to bring a revolution to the complacency she’d lived with her entire life was awe-inspiring and a picture of the significance of true feminism.

I was surprised by how much empathy I felt for the End Men.  Two days ago, I would have easily told you that I would implement the exact system that existed in this book.  Today, I would tear down the walls trying to prevent something like that from ever happening.  To people who think that romance isn’t an intellectual genre, that it has nothing to offer the world, you’re wrong and this book, this dystopian romance that expands on a society we’ve all postulated about, exemplifies just how much romance has to teach the world.

I have read several books from both Tarryn Fisher and Willow Aster, some I’ve loved and some I’ve absolutely hated.  And for that, I find them both to be must-read inkslingers, anyone who can make me feel so profoundly after reading the words they’ve put on paper is doing something incredible.  I have never left a book by either author without feeling their stories deep in my soul and, to me, that is the surest sign of a superb author.  This book joins a long list of their books that go beyond a story to become an experience. If you were to ask me what I would remember most about Gwen ten years from now I’d tell you that it’s not her wild looking hair, or her exotic cat eyes, or her perfect breasts and their rosy nipples which balance perfectly in my hands … it would be her reckless defiance, which she displays any time she’s angry. And though she doesn’t get angry often, when she does there are always casualties.

Tarryn Fisher is the New York Times and USA Today Bestselling Author of nine novels. Born a sun hater, she currently makes her home in Seattle, Washington with her children, husband, and psychotic husky. Tarryn writes about villains.

Willow Aster is the author of True Love Story, In the Fields, Maybe Maby, Fade to Red, and Lilith. Willow loves nothing more than writing the day away—anywhere will do. Her husband and two children graciously put up with her endless daydreaming and make fun of her for reading while cooking.