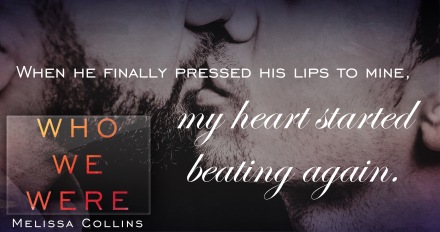 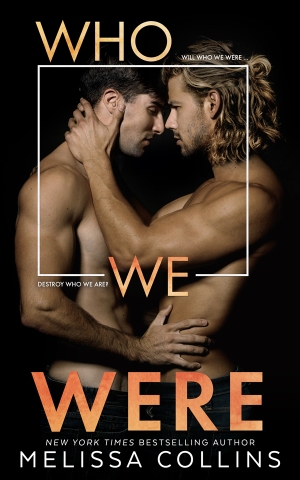 Two awkward teenagers – the loner and the nerd, trying to find our place in the world. Paired in wood shop, we knew nothing of each other, except that we wanted to know everything. Then one life altering moment changed it all and we were left with shattered dreams and broken hearts.

Two grown men – braver and smarter than we used to be, trying to heal the damage from that irrevocable moment. Even though the past was behind us, dead and buried long ago, we found it impossible to move on without ripping open the scars of our deep wounds.

With twelve years of unanswered questions fueling our desperate need for the truth, we must figure out if who we were will destroy who we are.

I’ve had a hard time deciding on how I feel about this book. On the one hand, I loved it and thought Ryan and Quinn were adorable, but on the other, several things just didn’t work for me. In the end, I did love Quinn and Ryan together, I just felt like some things were built up to be more than they were.

I thought Ryan and Quinn had fabulous chemistry, both while they were in high school and when they reconnected as adults. I was happy that Ryan had somewhere to go, someone to lean on when he was floundering in a world that didn’t seem to care for him. Ryan’s relationship with Quinn provided him with so much more than just their connection, for the first time it seemed like Ryan had the support of a family behind him, even if it wasn’t his own. I loved that he got that, even for a moment, because my heart broke for how little love and support he got from his own family.

I’m happy that Ryan finally took a hard look at himself and got the help he needed to heal from the pains of his past. He needed it, and I don’t think he could have been a good partner to Quinn had he not dealt with all the ugly he’d lived with for so long. I’m on the fence about his forgiveness and relationship with his abusive brother, Patrick, though. I couldn’t forgive him, and it would take a lot for me to believe he is worth redemption. Same with their parents, they were neglectful at best, and I didn’t care how much they were proud of Ryan in the eleventh hour, they weren’t there for him when he needed them most.

I have just a few wishes for this book: first would be Ryan. In the first part of the book, it was easy to feel empathetic toward him because we saw everything he was suffering through. In the second part, though, it was harder to feel bad for him because it seemed like he had a pretty idyllic life and even the ‘big’ secret he’d been carrying around didn’t feel like it justified his woe-is-me attitude and anger toward Quinn for wanting to know what was going on in his life. I also would have loved to have seen Quinn stand up for himself more, in the few moments he did I absolutely love him, but he spent a lot of the book kowtowing to Ryan’s mercurial moods.

Melissa Collins has always been a book worm. Studying Literature in college ensured that her nose was always stuck in a book. She followed her passion for reading to the most logical career choice: English teacher. Her hope was to share her passion for reading and the escapism of books to her students. Having spent more than a decade in front of a classroom, she can easily say that it’s been a dream.

Her passion for writing didn’t start until more recently. When she was home on maternity leave in early 2012, she read her first romance novel and her head filled with the passion, angst and laughter of the characters who she read about it. It wasn’t long before characters of her own took shape in her mind. Their lives took over Melissa’s brain and The Love Series was born.

Join me on Facebook where you will find a $25 Amazon Gift Card Giveaway!
Melissa Collins Author Page